Six reasons why you should rent an electric carElectric cars are rapidly and successfully becoming part of the automotive industry — in 2018, almost 400,000 electrified cars (clean electric cars and plug-in hybrids) were registered in Europe, and… 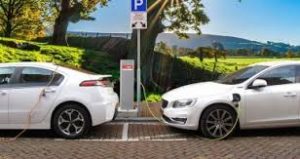 Audi
Only recently introduced its crossover e-tron quattro and its cheaper version, Audi plans to release 20 new electric vehicles by 2025. The automaker has already announced that a TT sports coupe/convertible will be released in the electric version in the coming years. Reports suggest the company will also electrify its flagship A8 sedan, as well as offer a version of the Q4 e-tron crossover. END_OF_DOCUMENT_TOKEN_TO_BE_REPLACED

Research: electric cars can save billions on healthcareAccording to the Australian study "Clean and safe roads for New South Wales" and its report, health care costs could be reduced by billions of dollars if drivers in the…

Problems of using electric vehicles in winter and their solutionsLithium-ion batteries are very sensitive to temperature. At the same time they are equally bad tolerate extremely high and too low temperature, because when it gets very cold, the electrolyte…