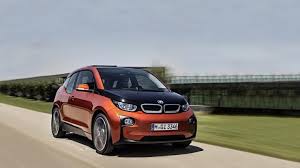 BNEF: by 2040, almost 60% of new car sales will be electricAccording to estimates by Bloomberg sales of fuel and vehicles has already peaked, and perhaps never more to rise, because the price of batteries fell. The increase in the number…

Using a new method of modelling the impact of different sources of air pollution on mortality, the researchers found that it had resulted in 790,000 additional deaths across Europe, of which 659,000 were attributable to 28 States of the European Union. Between 40 and 80% of the causes of these deaths were related to heart attacks and strokes, so air pollution caused twice as many deaths from cardiovascular diseases than from respiratory diseases, which were taken into account in 2015 studies.

In total, researchers estimate that air pollution has caused 8.8 million additional deaths in the world, rather than 4.5 million as previously estimated. According to the authors of the study, air pollution causes more deaths per year than tobacco Smoking, with the only difference that Smoking can be abandoned, and air pollution — no.

Scientists used a model in the study that simulates chemical processes in the atmosphere and how they interact with land, sea and chemicals released from natural and artificial sources such as energy production, industry, transport and agriculture.

All this was compared with mortality statistics, as well as data from who (world health organization), which included information on population density, geographical location, age, risk factors for certain diseases.

Particular attention was paid to ozone and fine particle pollution, or “particulate matter”, with a diameter of less than or equal to 2.5 microns.

Studying individual countries, the researchers found that air pollution has led to excess mortality in such proportions:

More deaths in Eastern Europe are not due to higher levels of pollution. According to the researchers, this is due to the fact that in Western Europe, more advanced health care and life expectancy tend to be higher.

On the basis of their research, scientists strongly insist that national governments and international agencies should take urgent measures to reduce air pollution, including the re-evaluation of legislation on its quality.

Currently, the average annual limit for particulate matter emissions of 2.5 microns (PM2.5) in the EU is 25 micrograms per cubic meter (25 µg/m3), which is 2.5 times higher than the who recommended 10 µg/m3.

Most of the particulate matter and other air pollutants in Europe are derived from fossil fuel combustion, and the main source is fuel transport and energy production.

The researchers insist that humanity urgently needs to switch to renewable energy sources, pointing out that this way will not only be implemented the Paris agreement on climate change, but will save thousands of lives.

However, it is almost impossible to abandon the production of energy by enterprises polluting the air, but it is possible to reduce, and radically, the level of air pollution by abandoning the use of fuel vehicles in favor of electric analogues. This seriously reduces the level of concentration of harmful substances in the air, in addition, the transition to electric cars will help to quickly replace the “carbon traces” of air pollution connecting miners and fuel consumers, which are the main threat of pollution.