The engineers at Tesla have shared their secrets of control, transmission and suspension Model 3Tesla Model 3 almost captured the market of electric vehicles, with high speed, high performance and energy efficiency. It is easy and comfortable to operate, it is stable on the… 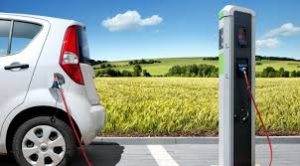 After the Roadster show, which was a “trial” electric car, Max said that the further task was to create electric cars that will become fast and be able to travel long distances, that is, be able to compete with luxury fuel sedans, which many considered the standard of the industry. That is why the company has released a Model S — luxury electric sedan, which fully met the criteria of the premium class of cars and set the bar for the creation of all subsequent electric vehicles.

Many people asked what kind of car, where to fill the fuel, where the exhaust, why Model S, where is the name?

Musk noted that this car is extremely important, because it competed with the best fuel cars, and it was very difficult to ensure that the electric car is not inferior to them in anything.

Then we talked about the Model X, the release of which became obvious, as each company should have in its lineup crossover. But Tesla did not want to create just a crossover, she wanted to release the best SUV in the world, a real spaceship.

In the story about the release of the next model of the company Model 3, Musk remembered a funny moment associated with the search for her name, because everyone understands that after the letter names, the digital designation looks very strange, because Tesla originally conceived “SEX” line of their electric cars.

After Model S and Model X, it would be a lot of fun to introduce a model called “E”, but we were unfortunately not allowed to do so, Ford with his trial killed the whole “SEX”.

After Musk told and showed the new Roadster of the second generation, electric truck Tesla Semi, and anticipating the presentation of its new product, said a few words directly about the production of Tesla, which is very complex and very difficult to create.

According to him, it is extremely difficult to start production of cars from scratch, the car and even the rocket is much easier to create, but to establish serial production of cars is an incredible task. Musk noted that Tesla is the first car company in the U.S. in the last 100 years, which began its mass production, in fact, out of nothing. That’s why 2018 was extremely difficult, especially in the organization of mass production Model 3, without which Tesla literally “would have gone down the drain.”

Our production is even more important for us than electric cars themselves. To create it was extremely difficult. To build a prototype is quite simple, but to set up factories for its production is an extreme task.

Tesla production — a giant, 20,000 people work at the factory in Fremont, which is the second largest in the world. Plus, Tesla has a Gigafactory 1 in Nevada, which produces batteries for electric vehicles and, which back in 2010 was just a wasteland among rocks and desert, began construction of Gigafactory 3 in China.

Musk reminded that Tesla is not only electric vehicles, it is also the production of solar panels and energy storage systems. That in General, Tesla works not only and so much for the production of electric cars, but in order for people to learn how to use energy correctly.

The sun, batteries and electric cars are the future that you can imagine right now and think about it quite optimistically.

Before the presentation of the new electric car, Musk did not miss the opportunity to Troll the detractors from the press, who in 2011 considered him a madman with an electric car idea. He literally quoted the world’s leading publications with devastating headlines to Tesla, and then showed how now the press writes about how the largest companies are massively switching to electric cars.

We created Tesla to get the world of renewable energy, we wanted to let the world enter the era of fully electric cars, not compete with Mercedes-Benz or other companies. And we’ve really been able to change the perception of electric cars, because we see the rest of the automotive world switching to electric cars, too. That’s great!

After this historical excursion, Musk moved on to the main event of the evening — the presentation of the new model of the company — electric crossover Model Y, about the full technical characteristics and features of which you can learn from our specially prepared material.

What is the price of switching to electric cars?Millions of European workers are concerned about their prospects due to the unpopularity of cars with ice, because their production will be reduced, and at the same time will decrease…