3 myths you should know about electric cars in the USAOn 6 October 2018, the intergovernmental panel on climate change issued a special report to policymakers urging that, in order to avoid the most catastrophic consequences of climate change, we… 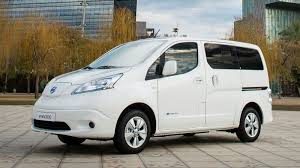 The electric car charge controller is the brain of the charger. Its main characteristics are the accuracy of the tasks set by the Inverter and the correct “answers” to requests about the characteristics of the connection to the mains. The speed and accuracy of the commands, as well as the operation of protections, directly affects the “health” of the battery (the most expensive part of the electric car).Poor quality controllers cause the Inverter to malfunction. In case of emergency deviations, the electric car can fix the “battery charging Error” and stop charging, start driving slowly, etc.

Some global manufacturers of charging equipment (for example, ABL, Germany) do not have their own charge controller and buy them from companies specializing in the development and production of high-quality microcontrollers. The cost of only a proprietary controller commensurate with the cost of the Chinese charging station or domestic homemade.

Also, many car dealers specializing in the sale of used electric vehicles from America, began to order the Assembly of cheap chargers under its name. Some sellers of such devices switched to the purchase of only components and self-Assembly on the boards. At the same time, many collectors have never even seen the norms and standards for the development and production of charging stations.
Cheap charging components are sold in the same place as homemade charging. Go to any site free ads:

The permissible power of such a “control” is limited to 80 Amperes, which corresponds to the power of 18 kW. On cars after 2013 very often “gets” the inverter of an electric car in an accident.

And so, the first domestic devices did not have a separate body and were called “Charging in the handle” or “Blende” from the city of Dnipro. The simplified controller, without additional electronics and protection, is placed in the sawed cavities of the electric vehicle connector and filled with glue.
After many questions from users about the presence of the body in the regular or European stations, “Blende” moved to a small body on the cable. So there were the first Ukrainian devices, similar to the existing European or American.
Such devices are easily sold by entrepreneurs even through the popular online store Rozetka.

A tangle glued (with violation of all norms) electronics easy to invest in the fixed body of any shape. Outwardly, it is impossible for an ordinary buyer to determine what was “invested” in a particular charging station, especially to assess the quality of internal electronic components. Some artisanal manufacturers even order quite a solid printed circuit Board with the logo of a non-existent brand to solder on it the same tangle of components.

The quality of such charging equipment can not be evaluated by the consumer, as the assemblers manage to get all the necessary certificates even for very dangerous devices, but these will be discussed below.

The same, only cheaper!
This argument is the engine of domestic business and of course Chinese. The device often homemade trying to make visually similar to the existing ones, counting on the carelessness of customers. China also offers products similar to existing international brands. For the Ukrainian consumer the price often becomes the only decisive factor when buying such equipment. The BU sellers of electric cars from America do not want to lose their earnings and usually complete them with the cheapest portable stations if the car arrived without a charger.

The Chinese parody of the existing European device from a short distance is not much different from the original. The inscription PRO emphasizes the similarity of models. It is enough to start comparing the characteristics and immediately becomes clear. 32 amperes instead of 40 Amperes and 7 kW instead of 9.2 kW. Degree of protection IP54 IP67 is in the original. And this is without assessing the compliance of the electronic filling.

One of the Ukrainian parodies of the same device is available for sale only on the OLX website from a private person. An unknown manufacturer claims superiority over the European analogue and even the possibility of connecting the station to all Ukrainian operators of the charging business. After the homemade device fell into the hands of one of the operators, it was not possible to contact the seller. For communication were available to only chat in Telegram. A salesman named Edward agreed to the meeting, but he never came.

In European practice, you can often find similar devices under different brands. Usually it is the result of cooperation of production capacities, but not copying of appearance.

The clones quickly filled up with Ukrainian Internet-shops. They are easy to learn at a low cost. But some original European devices leave the Ukrainian market. For example, the German charging equipment ABL Sursum from 2018 has ceased to be available to the Ukrainian consumer. European brands have to reduce retail prices to a minimum in order to sell something on the wild Ukrainian market.

Electric cars: myths and reality from Volkswagen1."No one can afford an electric car!» Electric cars are becoming more attractive and affordable. For example, the cost of batteries has fallen by about 80% over the past ten…

The fight against "diesel" increased harmful emissions into the atmosphereThe "deselect" in 2016, which revealed that Volkswagen AG has used the program codes to the lowering of emissions of nitrogen oxides in their cars, found that the level of…